A group of powerful men formulate plans to assassinate a member of the opposition (a knife, maybe? cannonballs, a vial of poison gas, or even a missile?...hmmm choices, choices...). They could be corporate titans, intelligence agents or perhaps even politicians. As the scheme spins wildly into complication, the plotters descend into suspicion, bloodlust and raucous infighting. This pitch dark & provocative, gut-check comedy by Jason Wells demands: Do the ends justify the means?

'Men of Tortuga' is a perfect fit for the Hyde Park Theatre -- a conspiracy caper with crackling dialogue, deadpan black humor, deft direction and a send-up of arrogant powers behind the scenes. With a superb cast -- especially Garry Peters." - Michael Meigs

"Saw MEN OF TORTUGA last night at Hyde Park Theater. What an incredible cast/show. I was blown away. You should go!" - Anne Hulsman

"Loved seeing the opening night of 'Men of Tortuga' last night at Hyde Park Theatre! Be sure to see this wonderfully-acted dark comedy before it sells out - which means see it tonight!" - Ashley Edwards

"I enjoyed the evocative set and darkly humorous tension of Men Of Tortuga by Jason Wells this evening. Oh, and Kenneth Wayne Bradley was simply commensurate." - Jay Young

"This show had an amazing cast. I was so glad to see it last night. It was nice to see top actors share the stage and everyone of them have multiple moments that they shined on stage. Just needed a rocket. Go see this show. They deserve a full audience." - Stephen Rodrigo Reynolds


Word on the street:
"If ever a play demonstrated that most men conduct business the way they once plotted schoolyard warfare, it’s Men of Tortuga...once the laughter has died away one recognizes with chilling clarity how close our culture has really come to such madness."
– Leigh Kennicott, StageHappenings.com
2019-10-13T16:33:28+00:00
2011-12-17T20:00:00+00:00
https://streetcornerarts.buyplaytix.com/reserve/men_of_tortuga.html 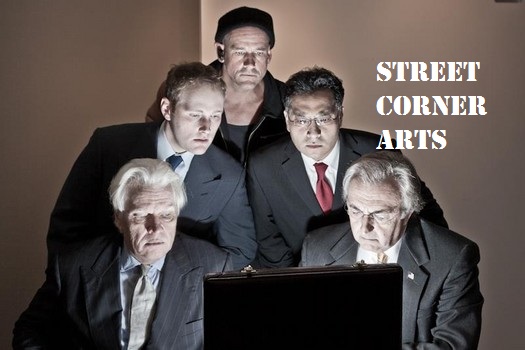 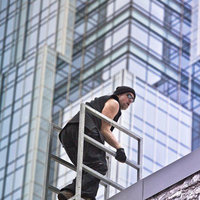 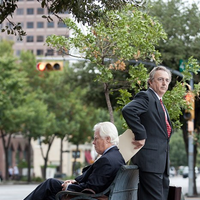 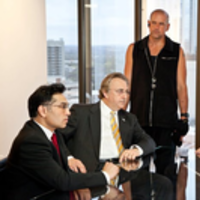